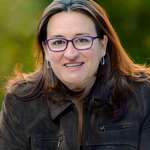 Christine has been recognized as a Georgia Super Lawyer by her peers for 18 consecutive years. She has been named a Top 50 Female Attorney in the State of Georgia 9 times and has been acknowledged as one of the Top 100 Lawyers in Georgia for 6 years. Georgia Trend Magazine has repeatedly named Christine one of their Legal Elite. She is an AV-Preeminent rated attorney by Martindale Hubbell. Christine has a 10.0 (Superb) rating with AVVO.

Christine's unyielding dedication to her clients led to a three-month halt of jury trials in Gwinnett County, Georgia, after successfully challenging Gwinnett's jury system. Christine won a high profile, nine-week, death penalty case, which is the longest trial in Gwinnett County history. Although Christine started her practice as a criminal defense lawyer, she has expanded her practice to include serious injury and wrongful death cases.

Thank you for contacting us. We will get back to you shortly.

Please complete all required fields below.

We'll gladly discuss your case with you at your convenience. Contact us today to schedule an appointment.